Supported by: Dr. and Mrs. Greg and Marta Jones

Dede Hutcheson received her degree in Art at the University of Tulsa. Since then, she has studied with a number of fine artists including Kevin MacPherson, Camille Przwodek, Peggi Kroll Roberts and Matt Smith. The highlight of her experience in art was painting in Monet’s Garden at Giverny. She has had a one-woman show at the Fort Smith Library and at Folie A Deux. She has had a two-woman show with her daughter Karen at the Historical Arkansas Museum in Little Rock, Arkansas, and a show at John Brown University with her daughters Karen Hutcheson and Robyn Horn. She won honorable mention at the Fort Smith Regional Art Museum and the award for color at the Center for Arts and Education in Van Buren, Arkansas.

Robyn Horn was born in Ft. Smith, AR, graduated from Northside High School, then Hendrix College in Conway, AR. As seen in this exhibition, her mother and her sister are painters, and her interest in the arts was always encouraged. After college, she worked in the typesetting field in Little Rock, then became chief photographer for Arkansas Parks and Tourism. After trying her hand at stained glass, she found wood.

In 1984 she began working on a lathe making bowls and vases, which eventually evolved into sculpture. Over the past 35 years, she has developed an aesthetic through studying the work of artists such as Barbara Hepworth and David Nash for her sculpture, then work by Marcel DuChamp, Picasso and Braque’s Cubism, the Futurists and Abstract Expressionists for her painting. Horn has always worked in series, making sculptures that share qualities of asymmetry, geometry, volume, lack of balance, contrast and heavy textural qualities. In 2005 she moved into painting and explored similar qualities in two dimensions. Her work focuses on layered surfaces, whether layers of paint on her paintings or layers of repetitive form on her sculptures, adding her interests in geometry, volume, asymmetry, lack of balance and textural qualities to both areas.

She lives and works in Little Rock with her husband John Horn.

Karen Hutcheson was born in Ft. Smith, Arkansas and graduated from Southside High School. She received a B.A. from Hendrix College in Conway, Arkansas. In the early 1980s, with a couple of partners, she started Spectrum Publications which produced a weekly Arts, News and Entertainment newspaper.

She retired to Florida and took up painting again, starting with watercolors and oils, then moving to acrylic paints and collage. Her favorite workshops include study with Kevin McPherson, Peggy Kroll Roberts, Charles Sovek and Robert Burridge. She currently paints abstracts almost exclusively and has had several shows in Arkansas with her mother, Dede Hutcheson and her sister, Robyn Horn.

She resides in Florida and California with her husband, John O’Neill and their Whippet, Birdie. 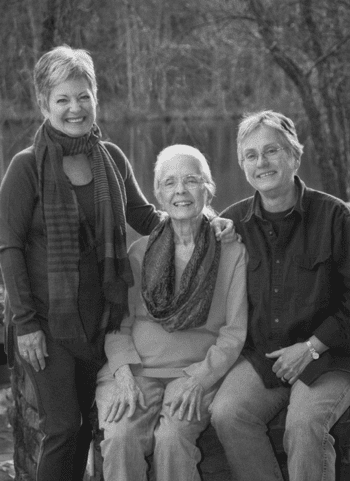