MUSEUM STORE
This gallery is TEMPORARILY CLOSED. RAM has owned one of the largest collections of fine Boehm porcelain in the state of Arkansas, and now has the ability to permanently display it to the public in the new Dr. William E. Knight Porcelain Gallery. The collection of Boehm porcelain that is now a major part of the Fort Smith Regional Art Museum’s Permanent Collection began as the personal collection of Dr. and Mrs. William E. Knight of Fort Smith. Dr. Knight (1909 – 2003) was an orthopedic doctor, world traveler and photographer. In 1975, they donated 11 pieces to the Art Center and continued to add pieces (77 pieces in total) until they retired to Blaine, WA in the 1990s. This collection contains some of the finest examples of Boehm’s art ever assembled. Each piece taking months to perfect, they follow a 2,000-year porcelain making tradition that originated in China. Edward Marshall Boehm (1913 – 1969) was an American figurative expressionist sculptor, known for his porcelain figures of birds and other wildlife. Boehm Studios (pronounced “Beam”) was founded by Edward and his wife, Helen in Trenton, NJ in 1950 and within one short year, Boehm porcelain pieces had started making their way into the Metropolitan Museum of Art. In the early days of the factory, dishes were also made, but the elaborate and lifelike bird figurines are what Boehm was best known for. Boehm kept a large collection of exotic birds in extensive aviaries and tropical houses at his home in Trenton. These birds became the subjects and inspirations for his sculptures. 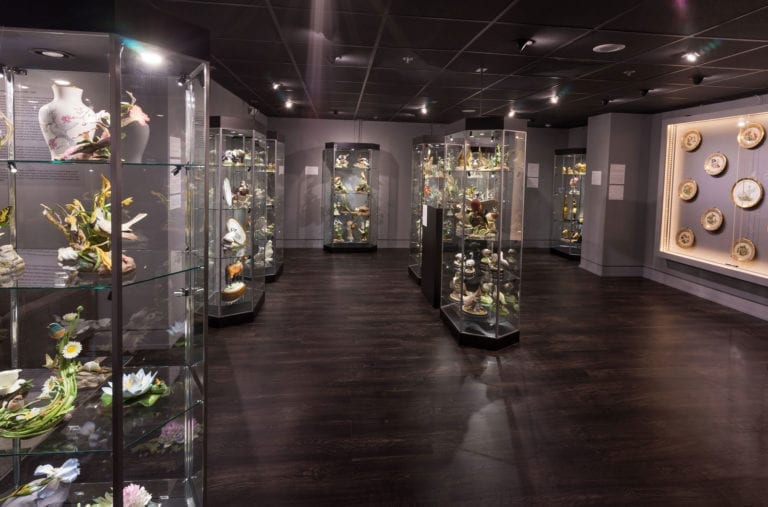 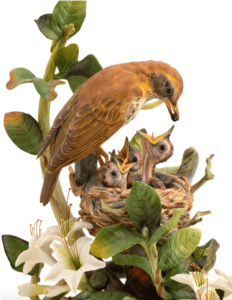