RAM originated in 1948 under the Arkansas Association of University Women. In 1951 the Associated Artists of Fort Smith began exhibiting art and holding classes in various locations throughout Fort Smith. In 1960 space for an art center was purchased, and in 1968 the Fort Smith Art Center was incorporated. The small Art Center offered a valuable service for local and regional artists by offering space for its artists for five decades. The opening of the new museum located at 1601 Rogers Avenue near the heart of Fort Smith marked a major turning point for this organization. Arvest Bank made the expansion possible by donating the 16,000 square-foot building to the Art Center in January of 2009, following a $211 million dollar buyout of Superior Federal Bank in 2003. The Art Center was fully re-branded and opened in January of 2013 as the Fort Smith Regional Art Museum that is fully compliant with the standards of the American Alliance of Museums. RAM won the prestigious Preservation through Rehabilitation Award from the Historic Preservation Alliance of Arkansas (2013), the American Institute of Architects (AIA) Gulf State Region Merit Award (2014), and the American Society of Interior Designers (ASID) Gold Award. The nationally recognized architects of the newly renovated museum, Polk, Stanley Wilcox, are known for their work such as the William J. Clinton Presidential Library, Heifer International World Headquarters, and the Arkansas Studies Institute (ASI) of Little Rock. The building that houses RAM, the old Superior Federal Savings and Loan Bank building at 1601Rogers Avenue, was listed on the Arkansas Register of Historic Places, with local significance, as an example of a Mid-Century Modern design by the Fort Smith architecture firm of Mott, Mobley, Horstman and Staton. RAM facilitates nationally and internationally recognized traveling exhibitions and rotating exhibits of works by local and regional artists. In addition to ongoing exhibitions the museum offers classes for children and adults, lectures, opening receptions, children’s art camps, galas, free Saturday programming, after school programs and artist-led workshops. The museum offers facility rentals and a specialty gift shop featuring one-of-a-kind items created by local and regional artists. The new state-of-the-art Museum meets national standards and has greatly contributed to cultural growth in the region.

Message from the Director
Awards & Recognition
Board of Trustees 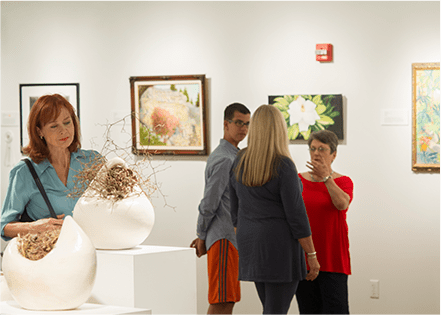 RAM is a Member of the Following Organizations/Affiliations: 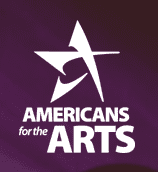 Center for Art and Education